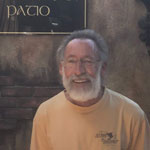 Born and raised in Long Beach, California, Dennis has recently retired from his Law Practice after Forty(40) years specializing in Civil Litigation, Workers’ Compensation, and Labor Law. He brings over twenty-six (26) years of experience in the restaurant industry, the Owner in a total of four restaurants/pubs in that period of time in Orange and San Diego Counties.

Coming to San Diego community has been a dream fulfilled and since his arrival over ten(10) years ago he and his Pubs have hosted well over one hundred fundraising events for the local communities including “Pints for Pups”, “Terri Farrell Firefighters Fund”, “Autism Speaks”, “Injured Marine Semper Fi Fund”, “Wounded Warrior Project, and many more too numerous to mention.

His efforts and charitable activities earned him the nomination for “Publican of the Year” in 2011 by Irish Pubs Global Association. “Irish Pubs Global” is a worldwide organization that presents this prestigious Humanitarian Award annually to the Irish Pub owner who has made a significant contribution to the local community through raising funds for worthwhile causes and charities in their locality.

With his love for animals, he is a strong supporter of the San Diego Humane Society & SPCA. All patios at both Pubs are clearly “dog friendly” and are a favorite meeting place for “furry friends” and their owners. 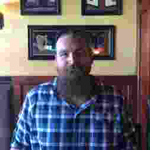 Thomas, raised in Valley Center, California, brings sixteen(16) years of Pub experience starting in security and moving forward previously to Manager of our Escondido location. He has done every job in the Pub world from a dishwasher, busser, server, bartender, and all in between. Thomas is now the “Big Boss”-General Manager of both Carlsbad and Escondido locations-well earned by him and no one better.

Thomas has coached Track and Field for over seventeen(17) years and is passionate about promoting sports activities for our youth in San Diego County. Presently he coaches seven(7) to eight(8) year olds in organizing camps in his “off hours” in the area of Track and Field events, shot-put and discus specifically-he actually coached the “young lad” that broke Thomas’ record in the shot put at Valley Center High School.

Thomas is responsible for overseeing the operation of both the Carlsbad and Escondido Pubs. This includes all staffing, financial, product control, musical bookings, scheduling, vendor relations, market/promotions, and charitable events while at the same time supervising fifty-four (54) employees at both locations. A lot on his plate but tireless in his work ethic, which is well recognized by all who know him.

The one writing this bio is the Owner and I can state to you that it is my privilege and pleasure to know Thomas. In my sixty-eight (68) years of living, I have never met a more honest or finer individual than this man. 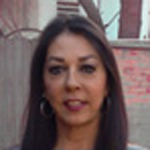 Sylvia Started as a receptionist thirty-eight (38) years ago at the Owner’s Law Office in Long Beach, California.

Moving upward, she advanced to the position of “Administrator” which she held until the firm disbanded due to Retirement from Law by the Owner of the firm.

Sylvia, fluent in Spanish as well, like all wears a “dual hat” occupationally by doubling as our internal “Coordinator” of financial, legal, employment, and other related matters for both Pubs. It is a “behind the scenes” job and although not seen frequently, her work efforts handling those seemingly mundane tasks are vital to the smooth operation of both Pubs.

Sylvia grew up in San Pedro, California in a family of seven (7) and in her free time pursues her recreation and passion in life — gardening. . . (We are going to talk to her about growing some cabbage in her backyard to cut some of our costs on our best seller — Corned Beef and Cabbage... !) 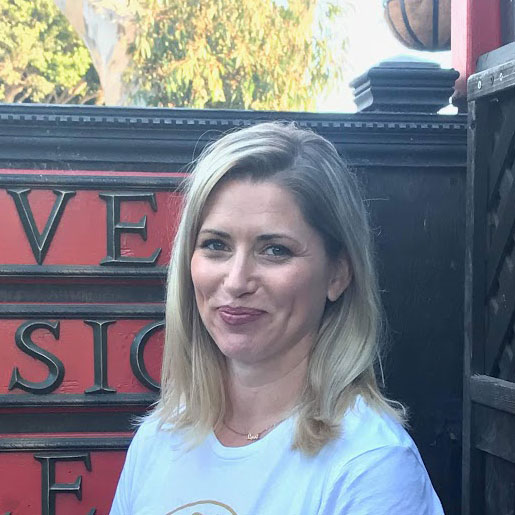 Kat, as her many friends call her, has been “part of the family” since day one with the Owner, Dennis, and not to date anyone, that was ten and one half (10 ½ ) years ago, 2008 and still going strong! As noted, below Kat works in concert with Jenn as dual Managers of the Carlsbad location.

Kat is a wife, Manager, and also doubles as a bartender, bringing over fourteen(14) years in the hospitality industry. Always friendly, courteous, and conscientious, Kat is truly one of those individuals who is a pleasure to be around, as many customers will attest.

Kat is a Veteran who served in the United States Marine Corps, including a tour of duty in Iraq. Kat “always has your back”. They, obviously, raise individuals that way in Georgia where she grew up, a credit to her family.

Kat, like Jenn, will assist you and organize all “Party Events “such as Birthday, Retirement, Wedding, Hail and Farewell, Business Networking, or other events and celebrations. The banquet room facilitates up to forty(40) Patrons and Kat will tailor each event to the particular customer’s desire, need, and budget.

Kat’s responsibilities include the day to day operation of this Pub, which centers upon vendor relations, scheduling, financial, staffing, customer relation, and other matters pertinent to the successful operation of a busy Pub.

We are fortunate to have Kat as a member of this team…. 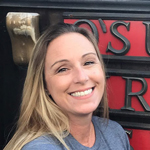 Jenn has been a welcomed addition to the O’Sullivan’s Carlsbad staff since 2013. She brings that bright smile and bubbly personality to the “office” each day and works in concert with Kat as dual Managers of the Carlsbad location.

Raised in Oceanside, California, Jenn wears many hats-she is a wife, mother, manager and also doubles as a bartender bringing over sixteen(16) years in the hospitality industry to the table.

Jenn formerly worked at our Escondido location for seven(7) years before coming over full-time to work at the Carlsbad Pub. Many customers still ask for her in Escondido, but we “stole her” to come here and it has been Carlsbad’s gain-well earned and deserved by Jenn.

Jenn, like Kat, will assist you and organize all “Party Events “such as Birthday, Retirement, Wedding, Hail and Farewell, Business Networking, or other events and celebrations. The banquet room facilitates up to forty(40) Patrons and Jenn will tailor each event to the particular customer’s desire, need, and budget.

As the title states, Jenn is responsible, with Kat, as to the day to day operation of this Pub, which centers upon vendor relations, scheduling, financial, staffing, customer relation, and other matters pertinent to the successful operation of a busy Pub.

We are Very happy to have her here…. 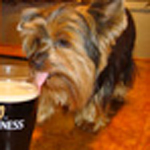 An eleven(11) year old “Yorkie” Bella is our acting “Head of Security”. Bella has been known to throw back a pint of Guinness on occasion, on a day off, of course. She roams the Bar and Patio ever watchful of intruding birds of prey or other unsavory characters who might have dastardly intentions.

Bella accepts bribes and tips in the form of “Treats” especially when there are waiting lines on weekends and St. Patrick’s Day.

Not to be underestimated by her size, Bella is a tenacious tigress ever vigilant in the protection of our loyal Patrons.

Bella is a cutie and will become your best friend, lick you on occasion and one day wants to “grow up” to be able to sit at the Bar, order up a “Jack and Coke” and to have the strength of a Golden Retriever.